May December Romance is the term used to describe relationships where one partner is significantly older than the other. This type of romance is also called an age gap relationship.

Origins of the Term

It is thought that the term came from a story in The Canterbury Tales, a book by Geoffrey Chaucer, written in the Middle Ages. Over the years, the term May December romance has become part of the vernacular.

Age gap is also a term that describes a romantic couple that has a significant difference in years.

How Many Years is Significant?

While some people consider a 10-15 year difference to be significant, it really depends on the age of the couple. For instance, for a 18-year old who is dating a 23-year old, even that 5-year difference can be notable. On the other hand, if one partner is 75 years old and the other is 80 years old, then there are likely no real differences in the 5-year difference.

In general, adult May December couples can have a difference from 10 years to over 50 years or more.

There can be drawbacks to May December Romances, including negative criticism from friends and family, negative stereotyping from the public, and other issues arising from breaking societal norms.

Another issue that can come up in May December Romances is the difference in life stages. One example of this is if the younger partner is just starting his or her career. In this case, He or she may be very focused on working, while the older partner may be nearing retirement. Conflict can occur as each individual has different priorities.

In most cases, working with a professional therapist can help May December couples work out their differences.

With enough support, commitment, and understanding, a May December Romance can be equally if not more fulfilling than a traditional relationship.

The bottom line is that if two people have a strong connection and love each other, then it is possible to overcome the age difference between them. Many couples who have a large difference in years go on to have a long, happy, and fulfilling relationship.

Age Gap Love Story is a website, podcast, YouTube channel, and community created to support people who are in a relationship with a large age difference. Join our email list to learn more! Welcome! We are Carrie & Alan, a married couple with a 32 1/2 year age difference. We’re here to share our experience and help make your age gap relationship successful. 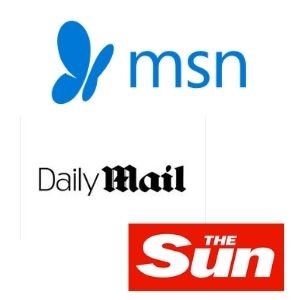